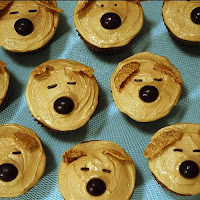 Join Caninestein Dog Training for our first-ever Rex in the City Training Walk, a night on the town complete with a free Pupcake at the famous Three Dog Bakery in Sherman Oaks!

WHERE:
Sherman Oaks, CA. Exact meeting spot will be emailed to you upon registering.

WHO:
Friendly dogs and the people who love them! BRING YOUR FRIENDS! Open to all dogs 4-months and older who are both people- and dog-friendly. Aggressive dogs may not participate, and dogs who exhibit aggressive behavior will be asked to leave the group.

WHY:
Spend an evening with fellow dog-loving peeps! Socialize with old friends and make some new ones! Evenings out are a great way to provide your dog with important urban socialization and it's a wonderful opportunity to train around distractions. Let us show you how to bring out the GENIUS in your pet! New to training? We can help! Don't be shy... come on out and join the fun!

COST:
This Rex in the City Training Walk is being offered at the discounted rate of $10 per dog. Pre-registration is required. Participants must register no later than Wednesday, August 5th.

Register Online Via PayPal, below. By registering you agree to the following Release of Liability:

In consideration of being allowed to participate in this Caninestein Dog Training activity, I hereby release Stephanie Colman/Caninestein Dog Training, and any person acting on their behalf or at their request, from all liability for loss, damage or injury to me or my dog, and agree to hold harmless from all liability, damage, cost or expense (including all attorney fees), arising out of any claim, demand or action based upon any occurrence concerning myself, my guests or my dog. I understand that I alone am responsible for my dog’s behavior, and that I assume full liability for my dog’s actions. Further, I understand that based on my dog’s behavior at any given time, I may be asked to remove my dog from the group activity and in such case, no portion of my pre-paid tuition fee will be refunded to me.

Posted by Stephanie Colman at 5:10 PM No comments:

Tips on how to crate train a puppy or new dog.

*Note: While panting is often a sign of stress in dogs, in this case with Quiz, he's panting out of excitement because he caught sight of the backyard swimming pool at the home where we were filming! Quiz LOVES to swim. He definitely had pool-on-the-brain!


Posted by Stephanie Colman at 9:19 AM No comments:

Using food in training - Reward or bribe? How to make sure the dog isn't actually training YOU to produce food! Ask your dog to work (by sitting, for example) for things in his life that he wants: walks, throwing his toy, providing his bowl of food, or inviting him to snuggle on the couch! This creates teamwork and teaches your dog that keeping you happy is the key to opening the door to everything great in his world. Continue to use food randomly - dogs love to gamble! Keep him guessing about when the reward is coming and what it will be, and you may just discover that your dog works even harder than before!

Posted by Stephanie Colman at 1:23 PM No comments:

It's such a big, big can of worms, but I thought this might get the conversation off to a good start. Dr. Sophia Yin has done a WONDERFUL job explaining the dogs' behavior in the different clips. Check it out for yourself:

The Dominance Controversy
Posted by Stephanie Colman at 10:15 PM No comments:

Part one of a two-part series on the proper use of food as a reward in dog training. 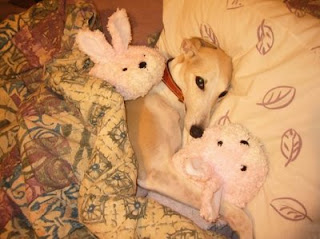 I can laugh now – about all the different things we came up with as possible diagnosis or things to test for. Thoughts ran the gamut from various autoimmune disorders to possible jaw fractures. It’s almost embarrassing to think that from the beginning, throat pain from tonsillitis was mis-diagnosed as jaw pain. However, for as silly as it sounds, I can add that all the vets I’ve spoken with – and it’s been many – have all said that they’ve NEVER seen tonsillitis dogs present with pain upon opening their mouths. It’s common for dogs to not want to swallow and thus, not want to eat, but the pain upon opening the mouth (due to the severe inflammation of the tonsils) really threw them.
I’ll never know for sure what caused the tonsillitis. My suspicion is that both dogs came in contact with some type of bacteria in standing water that they encountered while on the hike. Hopefully you’ll never encounter such symptoms with your own dogs, but if you do, remember our experience and make sure that tonsillitis isn’t behind what’s being diagnosed as “jaw pain”.
© Stephanie Colman
Posted by Stephanie Colman at 5:26 PM 2 comments:

Some refresher tips for teaching your dog to safely enjoy a refreshing swim!

Posted by Stephanie Colman at 7:07 AM No comments:

Training tips for a harmonious relationship between the two- and four-legged kids in your home!

It's never too early to start! For more information on preparing your dog for the arrival of a human baby, call (818) 989-7996 and/or check out the following resources:

Raising Puppies & Kids Together
by Pia Silvani and Lynn Eckhardt

Child-Proofing Your Dog
by Brian Kilcommons and Sarah Wilson

Dogs and Storks (Check out this Wall Street Journal article about the program.)
Posted by Stephanie Colman at 1:54 PM No comments:

Mutual enjoyment of each other. Life is good! 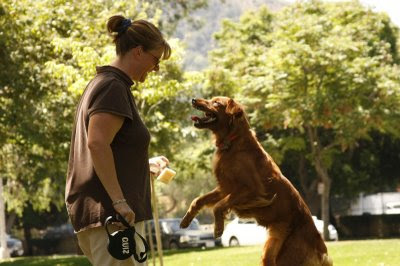 Posted by Stephanie Colman at 1:43 PM No comments:

Posted by Stephanie Colman at 9:06 AM No comments:

Key points on teaching a potentially life-saving recall! Thanks again to reporter, Jen Bjorklund, and the KNBC team for their support of humane, scientifically-sound training techniques! (Thanks to demo dog, Quiz, too!)

Training tips to tackle "Excesive Greeting Disorder!" Aired on KNBC Los Angeles at 4am and 6am on July 6, 2009. Thanks to reporter, Jen Bjorklund, and the demo team of Apryl and Wrigley!

Posted by Stephanie Colman at 5:25 AM No comments: